In order to celebrate the 2nd anniversary of the establishment of China-Latin America Agricultural Education and Research Innovation Alliance (CLAERIA), the International Symposium on China-Latin America Utilization and Conservation of Endemic Economic Plants, hosted by SCAU and organized by CLAERIA was successfully held on December 17. Prof. Qiu Rongliang, Vice President of SCAU and Mr. Daniel Dominguez, Acting Consul General of the Consulate General of Mexico in Guangzhou, attended the opening ceremony and delivered speeches. 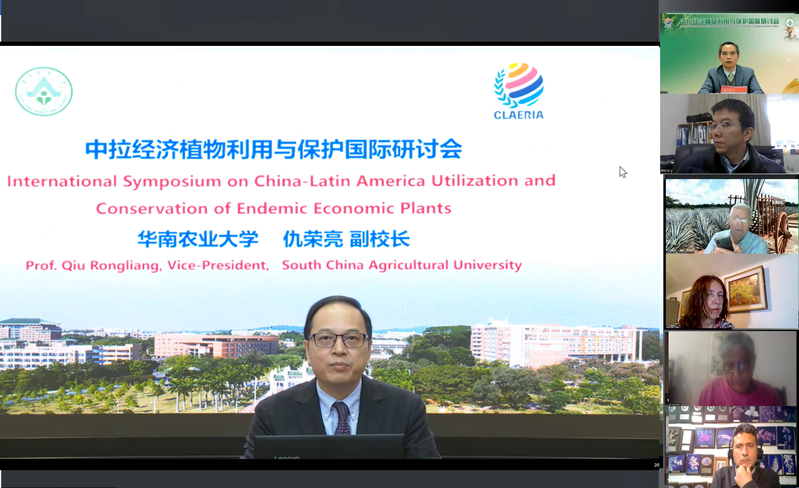 Prof. Qiu Rongliang mentioned that relying on the platform of CLAERIA, SCAU has carried out extensive exchanges and cooperation with member institutions from LA in the field of agriculture and humanities, and achieved fruitful results. We hope that through this international symposium, we can further strengthen the conservation and utilization of economic plants in China and Latin America, disseminate new technologies, make full use of the biodiversity of plants and locally important economic plants in China and Latin America, to promote social development.

Daniel Dominguez said that China and Mexico have established a good partnership in the field of agriculture. Three universities from Mexico have joined CLAERIA. He spoke highly of the education and research achievement of South China Agricultural University and hoped that the universities of the two countries can actively carry out scientific research cooperation in the field of economic plants, effectively promote the construction of the botanical garden and Chinese + agriculture center. He looked forward to more Mexican member universities in CLAERIA, which will contribute to the development of modern agriculture in both countries. 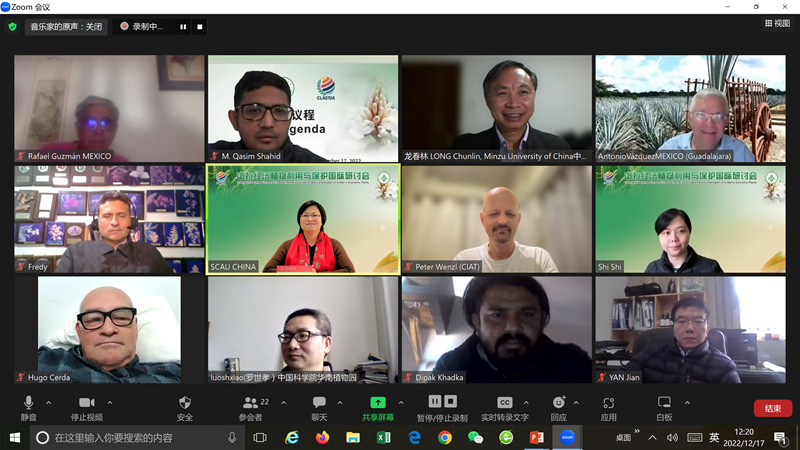 The panel session was chaired by Prof. Luo Shixiao from the South China National Botanical Garden, Chinese Academy of Sciences and Prof. Long Chunlin from Minzu University of China. Professor Antonio Vázquez-Garcia from the University of Guadalajara, Mexico and Professor Long Chunlin made concluding remarks.

This symposium constituted part of the celebration for the second anniversary of CLAERIA, which has received wide attention. Experts from the College of Agriculture, College of Plant Protection, College of Forestry and Landscape Architecture, College of Life Sciences and the International Office of SCAU participated in the above activities.