On the morning of August 30, 2022, the Chinese + Agricultural Culture Seminar hosted by the Center for Latin America and the Caribbean Region Affairs of the Center of Language Education and Cooperation of the Ministry of Education (referred to as the Center) and South China Agricultural University (referred to as SCAU) was held online. The Center Director, Robert La Fontaine, the Acting Consul General of the Consulate General of Mexico in Guangzhou, Daniel Dominguez, the Special Advisor to the Minister of Agriculture of Brazil, Director Luo Zhiming and Vice President of SCAU Qiu Rongliang attended and delivered speeches. 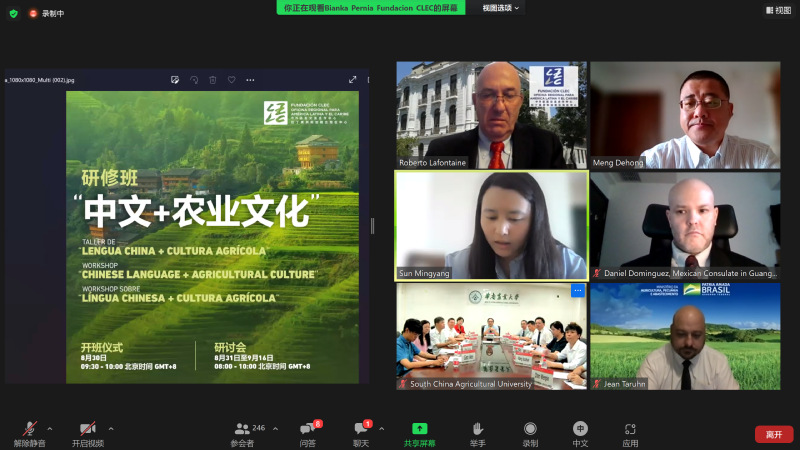 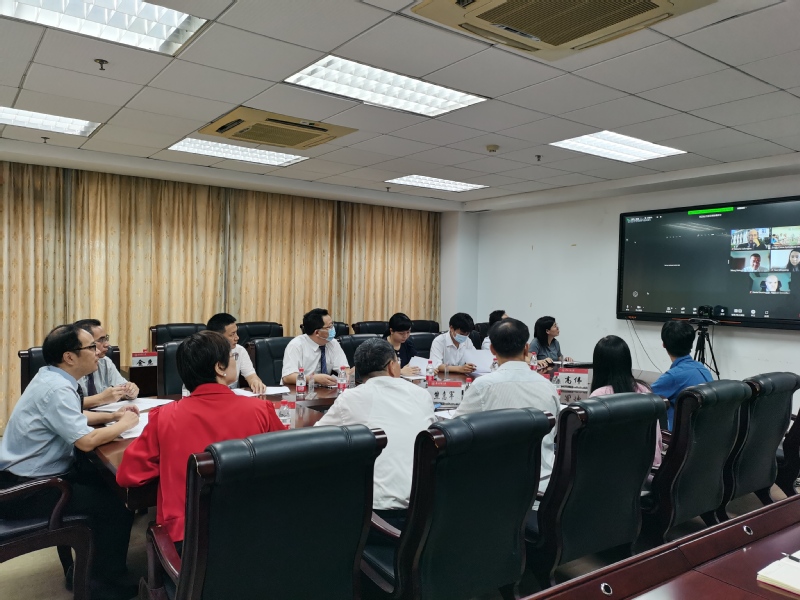 Director Robert Lafontaine speeched that language is the window and bridge of civilization exchanges, playing an increasingly essential role in the informationalized world. As China and Latin American countries have a long civilization and history, this seminar with Chinese as a medium introduces China's agricultural culture and scientific and technological developmentmt, opening a painting roll of tradition and modern elements and bridging over the agricultural cooperation for two sides.

Daniel Dominguez, the Acting Consul General of the Consulate General of Mexico in Guangzhou, spoke highly of SCAU which has carried out a series of exchanges and cooperation with relevant departments and institutions in Mexico when the China-Mexico agricultural trade has also continued to develop. Meeting with the common interests of China and Latin America, this seminar is conducive to further strengthening the agricultural cooperation and exploration for both sides .

Director Luo Zhiming, Special Advisor to the Minister of Agriculture of Brazil, believes that China is a major importer and exporter of agricultural products in the world. China and Latin America should deepen exchanges and cooperation in the field of agriculture to address agricultural problems such as world food security.

The two-week-seminar, which is supported by SCAU experts online, covers 11 topics such as agricultural history, technology and culture and attracts more than 700 teachers, students and gricultural officials from Latin America.

It is the first large-scale event held by SCAU since the establishment of the Chinese + Agricultural Science and Education Development Center by SCAU and Center of Language Education and Cooperation in June this year. It aims to improve the enthusiasm, interest and understanding of Latin America learners for Chinese language, Chinese agricultural culture and technology.

Leaders of the Office of International Relations and 11 experts of the seminar attended the opening ceremony online.