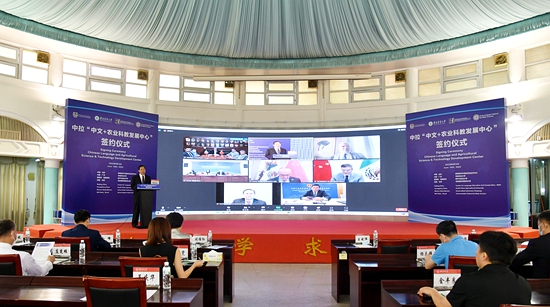 This year coincides with the 50th anniversary of the establishment of diplomatic relations between China and Mexico and other Latin American countries. The cooperation between China and Latin America in the fields of agricultural investment, trade and technology has yielded fruitful results. Agricultural cooperation has shown a good momentum of diversification, multi-level and in-depth development. Accelerating the training of compound talents who understand Chinese and master agricultural skills has become a common topic in the educational circles of China and Latin America. In his speech, director Ma Jianfei pointed out that South China Agricultural University and two Latin American universities pilot the establishment of the world's first batch of Chinese + agricultural science and education development centers, which will help international Chinese education meet the needs, innovate and develop, and form a demonstration and driving role in Latin America and the world. 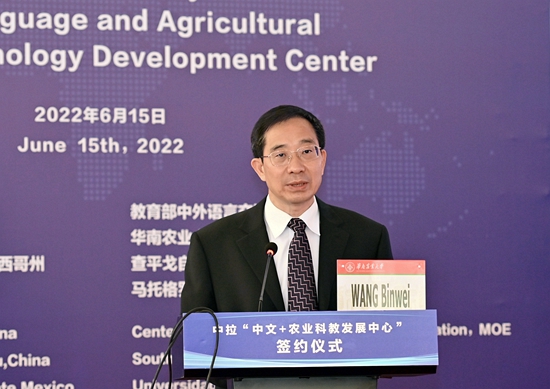 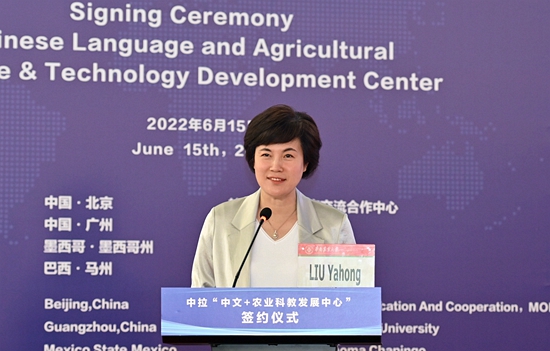 President Liu Yahong said that the establishment of the center demonstrated the common aspiration of Chinese and Latin American universities in building a platform for language, culture and agricultural technology exchange and building a long-term and in-depth partnership. She put forward suggestions on the construction and development of the center, hoping that the center would improve its working mechanism, improve its operational decision-making level, highlight cooperation priorities, adhere to the concept of open cooperation, and play a role as a bridge to promote China Latin America comprehensive cooperation in talent training, joint scientific research, academic exchanges, agricultural technology training, personnel exchanges, etc. 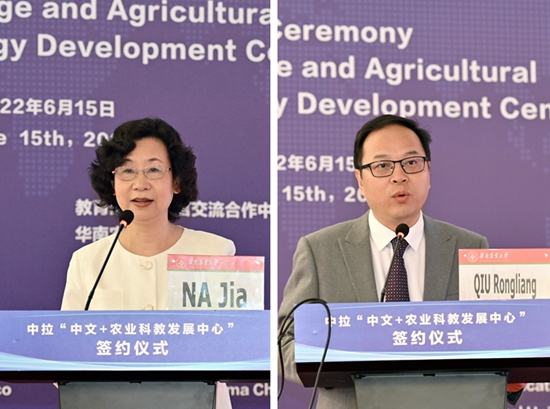 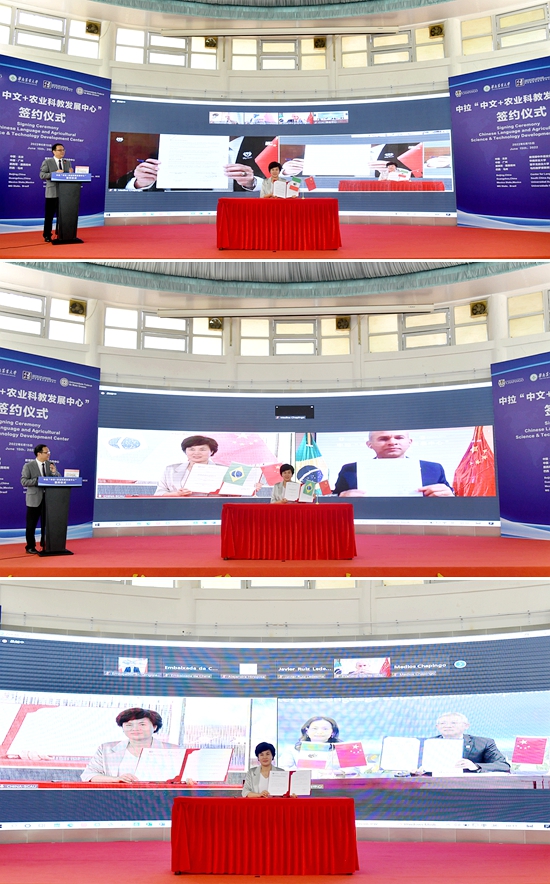 In the presence of the guests present, President Liu Yahong signed cooperation agreements with the heads of the language cooperation center of the Ministry of education, the Autonomous University of Chapingo in Mexico and the Federal University of Mato Grosso in Brazil.

It is reported that the language cooperation center of the Ministry of education is a professional public welfare education institution for the development of international Chinese education. It is committed to providing high-quality services for people around the world to learn Chinese and understand China, and building a platform for Chinese and foreign language exchange and cooperation, and mutual learning and mutual learning of multi cultures in the world. The language cooperation center will support the cooperation between the University and Latin American universities to build the Chinese + agricultural science and education development center project, and carry out cultural and artistic exchange activities related to Chinese teaching, agricultural culture, art design, agricultural history, agricultural product trade and other topics.