On December 16, the Closer Partnership, Better Future—2021 China-Latin America and Caribbean Presidents Forum, hosted by the Center for Language Education and Cooperation (CLEC) and organized by the CLEC-Latin American and Caribbean Centre (LACC), successfully launched online. 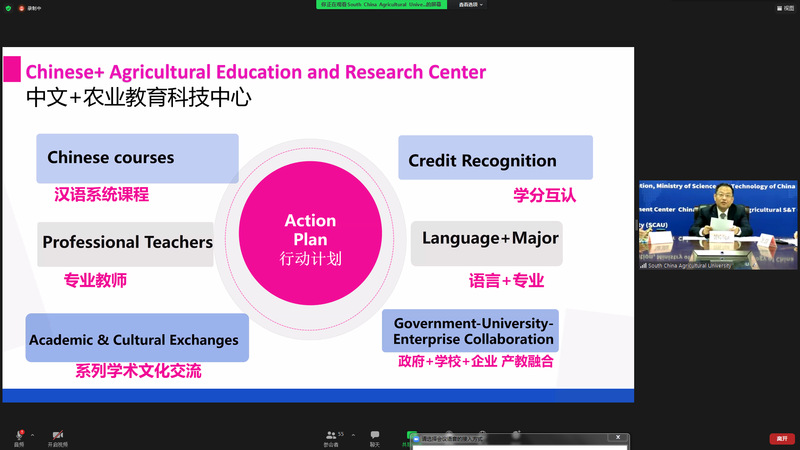 Dr. Jing Wei, Deputy Director-General of CLEC attended the seminar and delivered a speech. She said that based on the actual needs of universities, the CLEC is willing to support universities in Latin America to set up Chinese-related majors, and also support Chinese and foreign universities carrying out Chinese + Major and Major + Chinese programs. At the same time, the Center will assist professional international Chinese education institutions with Chinese language teacher training, develop teaching resources, employ the New-Sinology plan, provide international Chinese teacher scholarships, etc., so as to meet the needs of Chinese teaching in universities in Latin America and the Caribbean and the demand of the Chinese studies. The CLEC will promote sustainable, high-quality development of Chinese education in the region and contribute to mutual understanding and friendship between the Chinese and Latin American peoples.

Representatives from all regions agreed that the seminar opened up new ideas for the professional construction of international Chinese language education in Latin America. In the future, the CLEC and universities at home and abroad will make full use of their respective resource advantages to carry out close cooperation and jointly promote the professional development of international Chinese education in Latin America. 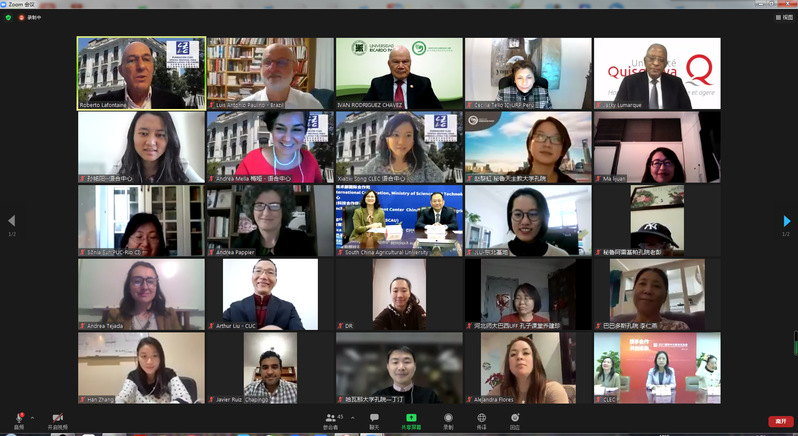 CLEC is a non-profit professional educational institution for international Chinese language education, affiliated with the Chinese Ministry of Education (MOE). The CLEC is committed to providing quality services for people from all over the world to learn Chinese and understand China. It also intends to build a platform for friendly collaboration on language education and cross-cultural learning.

This is the first time that CLAERIA has been invited to attend the cultural exchange event, which provides an excellent opportunity for conducting language + agricultural education with partner universities in Latin America under the framework of the alliance.