On November 8, the 3rd Guangzhou World Agricultural Expo co-organized by South China Agricultural University（SCAU）, China-Latin America Agricultural Education and Research Innovation Alliance(CLAERIA) and China Council for the Promotion of International Trade, Guangdong Committee was successfully held in Guangzhou PWTC Expo. Vice President Qiu Rongliang of SCAU attended the Opening Ceremony and delivered the welcoming speech. More than 20 consulates in Guangzhou and more than 30 consuls were invited to attend the event. Mr. Frederico Meyer, Consul General of the Federal Republic of Brazil in Guangzhou, and Mr. Carlos Giralt, Consul General of the Mexican Consulate General in Guangzhou, addressed the audience at the Opening Ceremony as representatives of the Latin American Consulates in Guangzhou. More than 250 companies from over 10 countries and China participated in the exposition.

Vice President Prof. Qiu Rongliang, on behalf of the Director Unit of the CLAERIA Executive Council briefed the audience on the scientific research achievements of SCAU and the progress made since the establishment of the CLAERIA in December 2020.

He said that China’s agriculture is closely connected to the world's agriculture, and it is of great significance to promote agricultural cooperation under the Belt and Road Initiative. South China Agricultural University (SCAU), located in Guangzhou, the core of the Guangdong-Hong Kong-Macao Greater Bay Area, will play an irreplaceable role in the development of the Belt and Road Initiative and the Guangdong-Hong Kong-Macao Greater Bay Area. He looks forward to strengthening the cooperation in agricultural education and research with LA countries under the support of the consulates general, thus contributing to the global food security and nutrition as well as the sustainable development of global agriculture.

Mr. Carlos Giralt, Consul General of the Consulate General of Mexico in Guangzhou, mentioned in his speech that he was very grateful to the organizer for the invitation. It is of great significance to hold the Agricultural Expo. He especially emphasized that when he visited South China Agricultural University (SCAU) in this January, he was deeply impressed by the SCAU’s advanced technology in the field of agriculture. He expressed that he would promote cooperation in agricultural education, technology and trade between Mexican universities, research institutions and enterprises and Guangdong and SCAU. In recent years, the trade volume between Mexico and China has increased significantly. It is expected that Latin American countries as a group can strengthen cooperation through trade, commercial-joint ventures, industry, agricultural joint research, technology and student exchanges, etc.

Mr. Frederico Meyer, the Brazilian Consul General in Guangzhou, mentioned in his speech that as the largest country in Latin America, Brazil has a sound foundation for agriculture. China and Brazil are the world's largest producers and exporters of agricultural products and food. The two countries are highly complementary in agriculture. He said he was very glad to know that SCAU has established cooperative relations with universities, research institutes and enterprises in Brazil, and looked forward to the exchanges of personnel between China and Brazil after the epidemic. 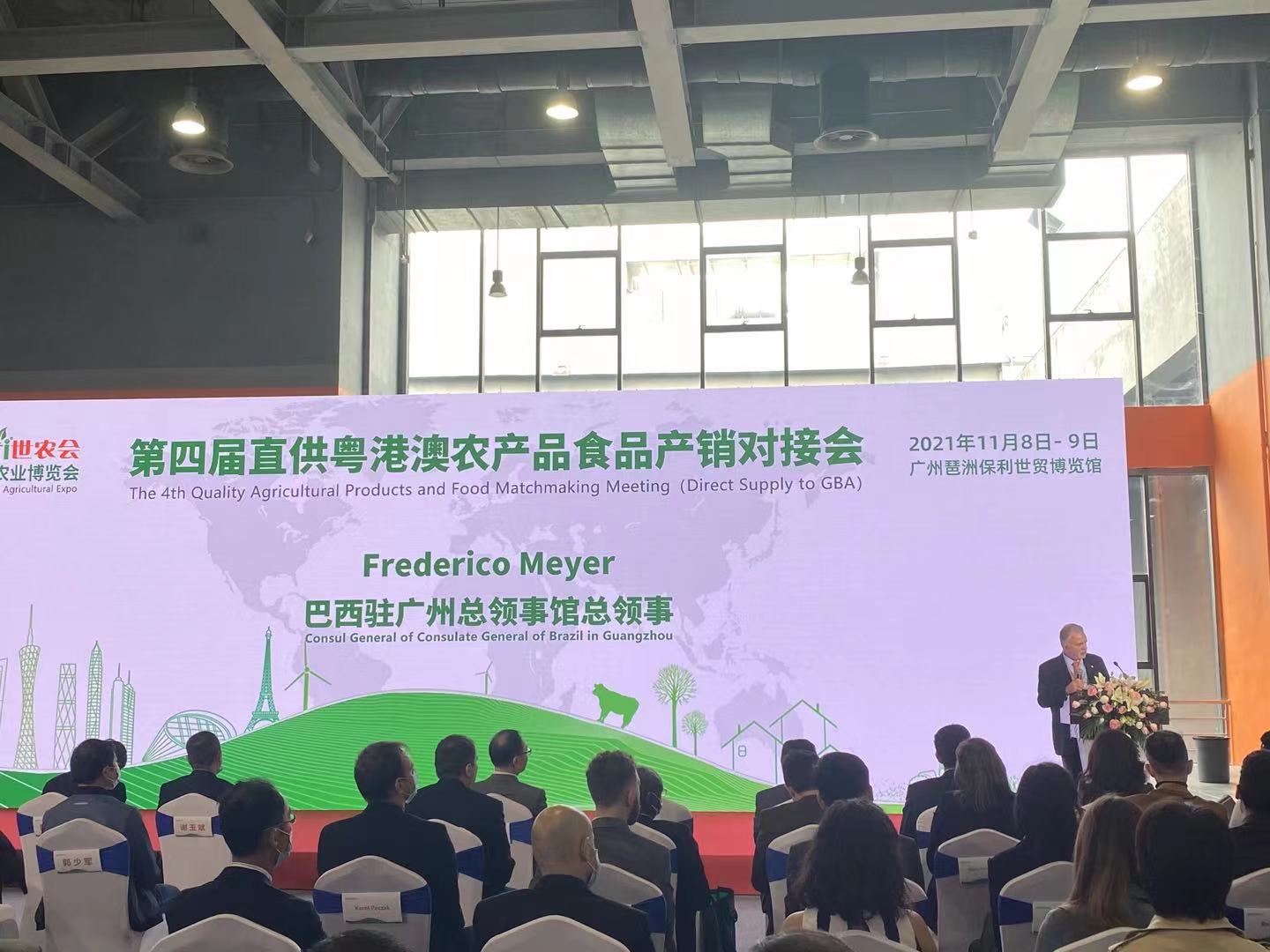 After the Opening Ceremony, Prof. Qiu Rongliang led the delegation of the consulates generals around, talked to the enterprises and introduced the agricultural products to the guests. He also accepted an exclusive interview with the Guangdong TV highlighting the prospects of CLAERIA and the significance of the Expo.

This is the first time that the China-Latin America Agricultural Education Technology Innovation Alliance (CLAERIA) has hosted the expo. Representatives from the Office of International Relations, Office of Science and Technology, College of Food Science, College of Engineering, College of Horticulture at South China Agricultural University also joined the Expo. 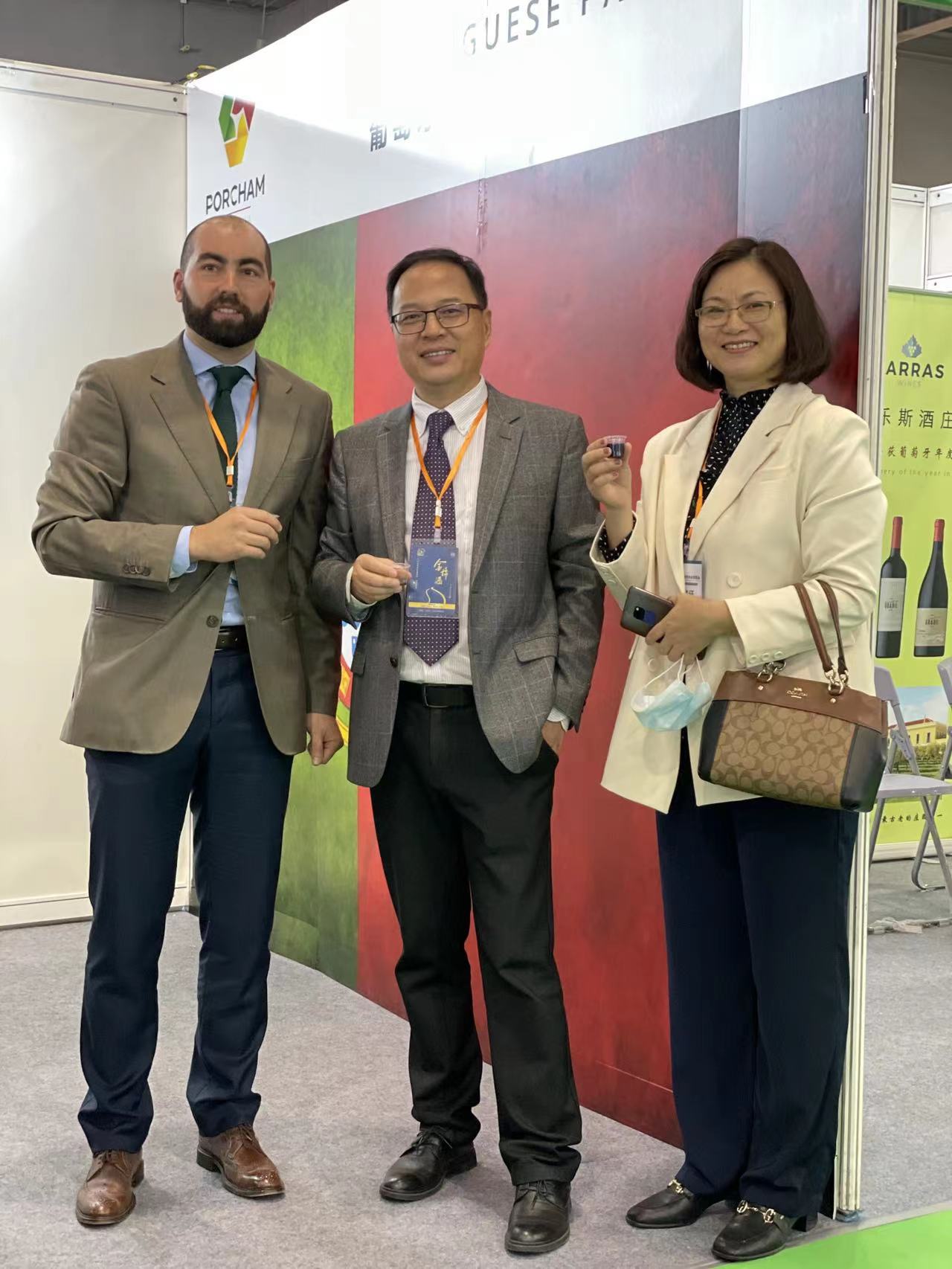