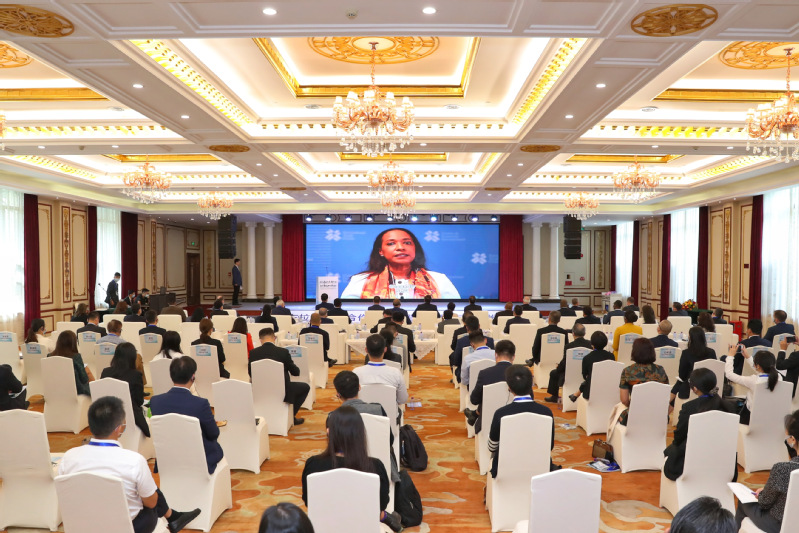 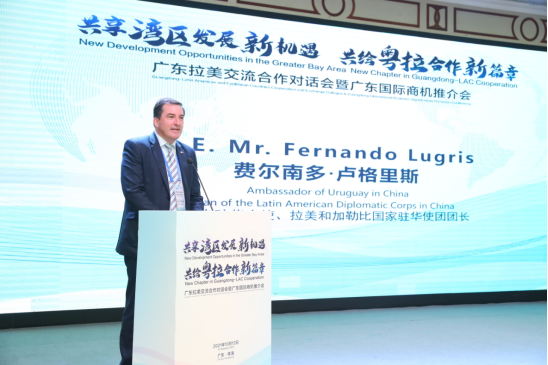 H.E. Mr. Fernando Lugris, Ambassador of the Oriental Republic of Uruguay in China and Director of the Latin American and Caribbean Diplomatic Corps in China, spoke at the Conference 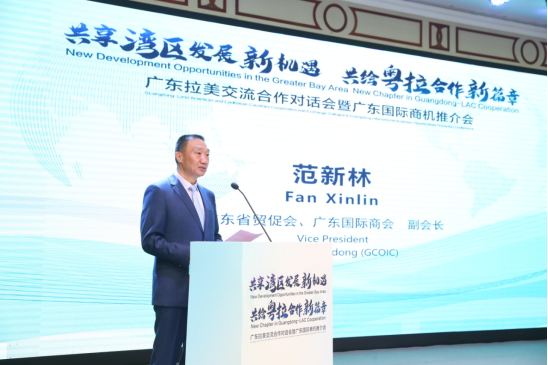 Mr. Xian Chunlong introduced the scientific research of SCAU and highlighted the progress made by CLAERIA led by SCAU since its establishment in December, 2020. In his speech, he mentioned that currently 42 universities and research institutions from 13 Latin American countries have joined the Alliance of CLAERIA. Up to now, SCAU has reached consensus with universities in Brazil, Mexico, Colombia, Venezuela, Argentina, Chile, Costa Rica, Panama and other countries on specific projects. Substantive cooperation projects will be carried out in the fields of mutual interest such as crops breeding, biological prevention and control of pests and diseases, sustainable agricultural development, modern agricultural equipment and smart agriculture, edible fungi and humanities etc.. He said that as the Director Unit of the Alliance, South China Agricultural University will work with the members to develop more cooperation projects, and expects the support from governments at all levels to make greater contributions to a community of China-Latin America agricultural education and research cooperation. The Ambassador of Brazil, the Ambassador of Mexico and the Ambassador of Colombia, the Ambassador of Cuba expressed their appreciation for the establishment and progress of the Alliance, and emphasized the importance of China-Latin America agricultural education and research cooperation in the post-epidemic era. They expressed their willingness to support the cooperation between the universities in their countries and SCAU as well as the Alliance. 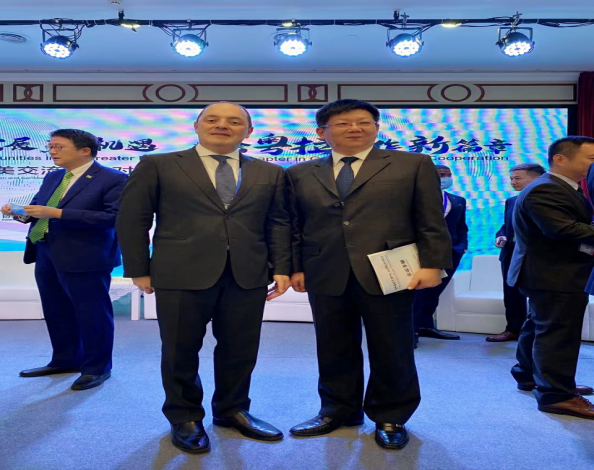